Put simply, FIRE stands for Financial Independence, Retire Early.  There are even many types of FIRE:

Invested Wallet describes them all well if you want to go into detail.

If we look at the first part of FIRE – Financial Independence, I’d define at being in a situation where you can leave the traditional working world (you can but it’s not mandatory).  You have either accumulated enough wealth that it generates different passive incomes, or you are ‘working’ on non-traditional activities (such as writing a blog, running your side hustles, etc) that allow you to generate an income without being in a salaried job. Or you could be having a combination of the two, ie have some passive income being generated from your accumulated wealth AND carrying out some non-traditional activities to complement your overall income. ESIMONEY provides another definition which looks at it from a slightly different point of view, but I like also.

For anyone following the FIRE movement, there is nothing new here. It’s pretty standard stuff so far. It’s the second part of FIRE, “Retire Early” where the EFILYM definition takes a slightly different point of view from the norm.

The FIRE movement often gets a lot of flack from the ‘Retire Early’ part of FIRE. There are two main reasons for this:

1: The idea of a huge number of people ‘retiring’ at an early age could be considered non-patriotic, extreme, or just downright lazy. In short, socially it’s not accepted by everyone.
2: Many people that saving up enough money to never have to work again, is pure craziness, as you cannot predict the future, and you never know what might happen, and there is more chance than not that those people living FIRE will have to go back eventually to the workforce with their tails between their legs. A large amount of criticism is attracted by the fact that many FIRE people invest in the stock market to generate their incomes, and that this will ‘crash’ again at some point and destroy the foundations of many FIRE plans.

The controversy comes from the word ‘RETIRE’.  Mark from My Own Advisor wrote an article suggesting that the name be changed to FI WOOT (Financial Independence – Work On your Own Terms).  Whatever the acronym, (personally, I don’t care) it’s the mindset behind the idea of FIRE that’s important.

The EFILYM mindset behind FIRE

So what’s the EFILYM mindset behind FIRE? I hear you ask!

For many people, FIRE is a goal that they want to achieve as fast as possible. They have fire numbers (their targeted accumulated wealth value) that they want to achieve and they have countdowns for when they will be qualified for FIRE. In a previous article, I wrote about the quest for happiness. Life is short (and we don’t know how much of it we have on this planet). Making the most of every minute we have while our hearts are still beating is primordial. It’s for this reason that I look at FIRE a little bit differently.

To achieve FIRE there are 3 main levers that you can play with:

There are many different ways you can work with these 3 levers to build your FIRE plan. You could leverage your current job (or get a better paying one) and maximize your income while achieving FIRE. You could focus strongly on reducing your expenses. You can investigate all the different ways you could invest your money to generate the best returns for you, to support your plan. All of these things will help you get to FIRE the quickest way possible.

Do you want to take the motorway, or do you prefer the scenic route?

I see FIRE as more of a journey than a destination. Achieving Financial Independence should be a goal of everyone (when we are retired, we will all be living off what we built during the course of our working lives, (if you will be paid a pension, it’s because you have earned the right to have a pension by working).  The question is around the plan to get to financial independence. Stated simply, Do you want to wait until the traditional retirement age or look to quit your salaried job sooner?

What if you started with defining what do you really want to do with your life? I did this, and it took some time to find the answers that I was comfortable with.  Once you know what’s important for you in life, and your key priorities, you can start to define what would be your ideal lifestyle. Perhaps keeping a link to the workforce is important for you for the social contact and connections it brings you.  Perhaps you want to contribute more to the community around you.  Perhaps you want to spend more time in nature or conducting sporting activities.

Instead of waiting to achieve FIRE to be able to do all these things, why not start sooner……. or even now.

If we move towards our intended lifestyle in a more explorative and flexible manner, it gives us a chance to ‘test on the way’.

I take an example: If we have decided that we want to achieve FIRE to be able to go hiking all over the world in our ‘Retired Early’ state, but then when you do it, you discover that physically you are not really up to all that activity over long periods of time, it would be a real shame. If however, you plan to take a few months (on sabbatical leave for example) to go hiking around the world, then it will allow you to test your idea before you actually fully engage in your lifestyle plan. Of course, moving forward in this way will delay your FIRE plan a little, but it does allow you to enjoy what you want to focus your life on sooner, and if you find that its not exactly as you expected, then you can adapt your plan (such as making hiking all over the world a smaller part of the end goal).

The world changes all the time, and it changes fast. We are like that too. Often what we like to do today, we don’t, or cannot do tomorrow. That’s why it’s important to seize the moment and make the most of what you like to do when you can.

As such, I look at a plan to achieve FIRE, as an evolving thing, being tested and updated as you go along. It should be an evolution in lifestyle over a period of time, rather than a snap change. This ensures that when we get to our desired lifestyle, we are adjusted and used to the way of life we want to live. There are no nasty surprises.

A simple example could be a couple with one person in the couple maximizing earning for a few years, while the other person moves to part-time. This allows him/her to start to be active in community activities etc. In parallel, the couple makes efforts to reduce living costs, perhaps downsizing their house. At a certain point, the second person in the couple could quit their job to be retrained in meditation or yoga, etc, and look to create an income around that. (I could go on imagining lots of different scenarios, but I’ll stop there!).

Over time the couple’s lifestyle evolves to suit their desired end lifestyle – or known as ‘Early Retirement’ under the traditional FIRE definition.

So if you have followed the philosophy described above, then you will have understood the importance of the journey as opposed to the destination in terms of FIRE. You may be wondering how you could bring structure to this approach so that in parallel to getting the most out of your lifestyles along the way, you end up achieving the financial independent status ultimately.

If you are able to simulate your potential lifestyle changes upfront, then a lot of the questions can be answered and fears dealt with before even getting started. In our case, I built many different scenarios and tested them with EFILYM over nearly 3 years. The process of looking for the right combination of timing and changes over a period of time, helped us answer a lot of questions we had. The thinking and simulation process was a key part of the ‘lifestyle testing’ I speak about above. There are financial testing and mental acceptance testing. Both are important. If you just focus on the financial aspects, you take the risk of disappointment in your FIRE lifestyle.

An EFILYM FIRE plan ensures being focussed to get to a desired financially independent lifestyle but also ensures to make the most out of the time during the period that financial independence is being achieved. The time taken to achieve financial independence will be different for everyone based on their own personal situation (Avoiding comparisons with others is important). Ideally, look at building a series of lifestyle evolutions so that over time a natural long term transition takes place and you end up the desired lifestyle you are looking for. Simulating the evolutions and transitions upfront financially is useful in preparing financially and mentally upfront so that when you physically make the changes, you are in the best position possible for a successful new lifestyle.

Good luck with the building (and ultimately executing) your lifestyle plans!

What’s your point of view on FIRE?

Don’t hesitate to leave your comments below. I’d love to receive them.

This post may contain affiliate links. Please read our disclaimer for more information. 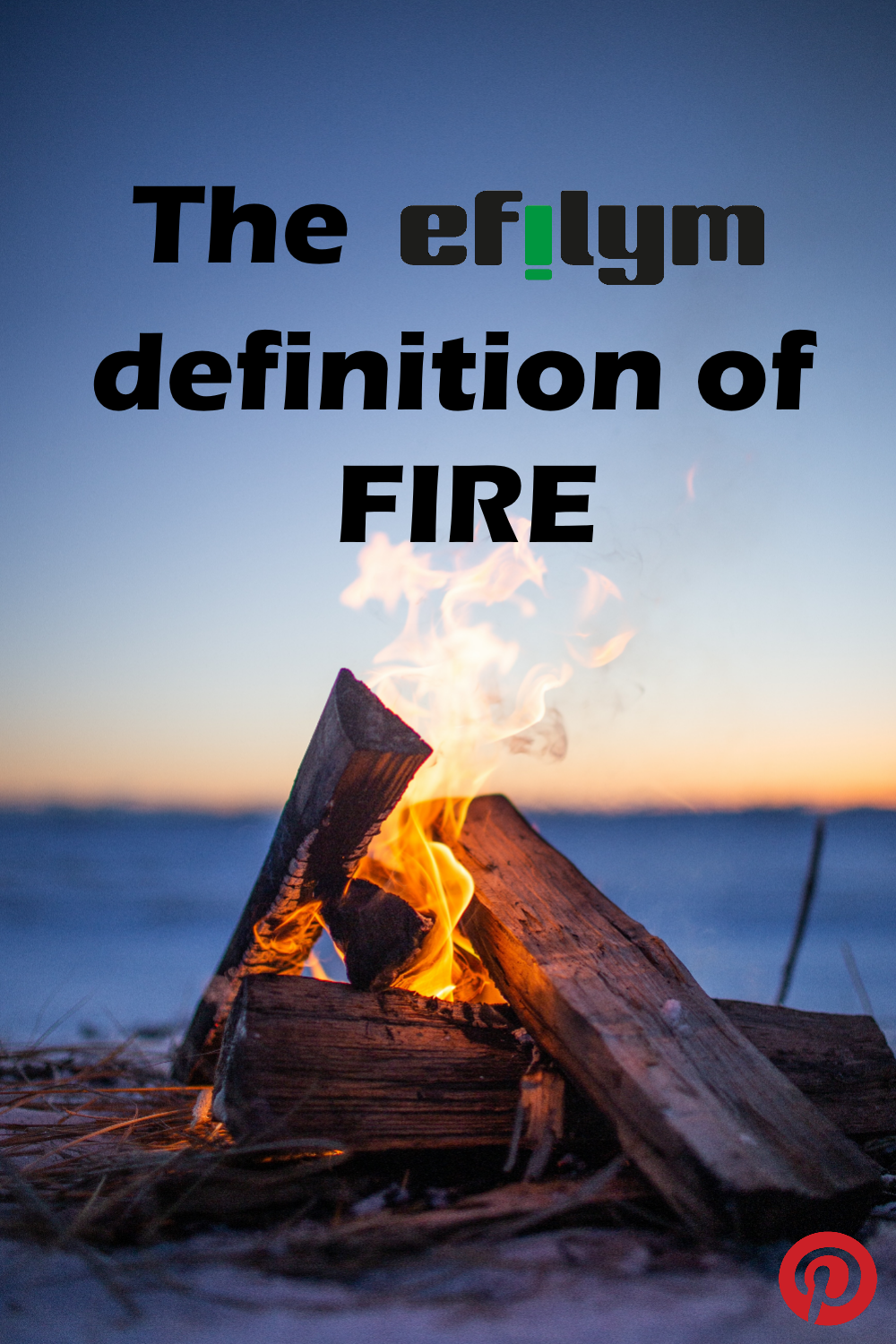 3 thoughts on “The EFILYM definition of FIRE”

What are you looking for?

Lifestyle Change – Is it a Decision or Process?
The EFILYM White Paper – Out Now!
Inheritance – The forbidden subject ! 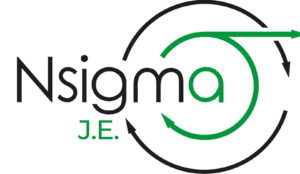